Rappers and members of the media do not have a strong relationship. Rapper and producer Kanye West has not been shy about sharing his feelings for the media. Rappers tend to rely on their publicists to get their news out rather than major news outlets that they do not trust.

In this system, there are no major news corporations that report the news in the rap industry. Rather there are magazines, blogs, and specialized media outlets that hire journalists to tell stories about the rap music industry. 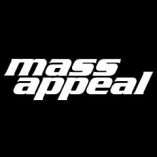 Founded by Patrick Elasik and Adrian Moeller in 1996, Mass Appeal is a New York Based media outlet that focuses on celebrating creative instigation. Other than quick and short blog posts that report breaking news in the industry, Mass Appeal have various series (WatchxWitness, Off Tha Wall, and On the Grind) that that tell creative stories.

Mass Appeal is always on their twitter grind. Whenever a new song is released they are the first to post about it.

Music video producers Mike Waxx and Mike Carsonthe established IllRoots, and have recently released a clothing line titled IllAmerica. These two are entrepreneurs in the rap industry. They have worked with likes of Kanye West and Big Sean. While studying at Columbia University in Chicago, the duo decided to create IllRoots, a media outlet aimed at bringing the dopest and freshest rap news to a mass audience.

IllRoots utilizes twitter the in the same way that MassAppeal does: to break news. Although I look to MassAppeal first, IllRoots is a little more craftier with their tweets and they always have people in the field live-tweeting from events.

Producer Quincy Jones is the brains beyond Vibe Magazine. Vibe is known for their creative and eccentric covers as well as their featured segments in their magazines.

Vibe is the great when it comes to Twitter. They have a variety of stories that they tweet out that pertain to the rap industry. Other than new music, Vibe’s twitter is clutch when it comes to getting videos from live events.

Brooklyn Teen gets shot after cutting the line at a Foot Locker…for Yeezys http://t.co/jidlUuWZVv

Founded in 1997 and published by Harris Publications, XXL is a hip hop magazine. XXL is known for their unqiue album review rating system, which starts at S and continues up to XXL. They are also know for their yearly Freshman Class issue which names the hottest and upcoming rappers.

XXL’s twitter on is lock when it comes to reviews. Their unique system makes it a breeze when gathering new music. There is no need to get on a link if a song has an S next to it, but it that XXL is there, the link is a must click, and the song is a must download.

.@macklemore has his own custom Jordan sneakers http://t.co/DnE3VVXBGb

A total babe with a distinct yet hip image, Jenn Pelly has been working for Pitchfork since 2011. Her work has also appeared in SPIN, the Rolling Stone and the New York Times. She studies journalism at NYU and now resides in Brooklyn.

Down Is Up: @jennpelly on USA '13, a Record Store Day split 12" from Destruction Unit, Milk Music, and Merchandise http://t.co/SER4gBxpAZ

Jenn Pelly’s twitter is lowkey, but cool. Her insights into what and how she reports is the freshest.

Jon Caramanica is at the top of it all when it comes to rap journalism. Although he does not focus strictly on rap, his most famous stories hail from stories on rappers. He dug to the bottom of Kanye’s self reference/comparison to Jesus.  Jon refers to himself as “NYT PMF” and frankly I wish I was him.

Jon is hilarious on Twitter. He is a professional, but likes to clown around as well. His twitter provides behind the scene looks into the rap music industry.